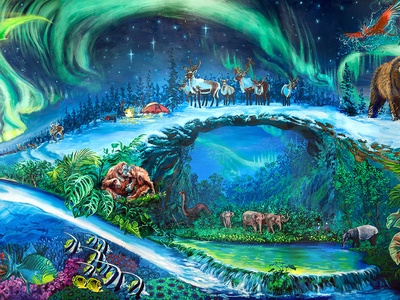 A most rewarding challenge; inspiring students with a mural about nature at Aurora Charter School. 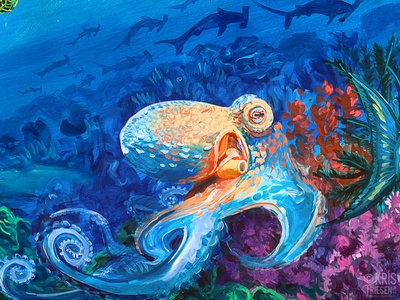 Octopuses are the coolest creatures that I've ever hung out with. Their eyes betray their intelligence and you just haven't been checked out until one of these guys have looked you over. This octopus is painted as overseeing the whole mural. 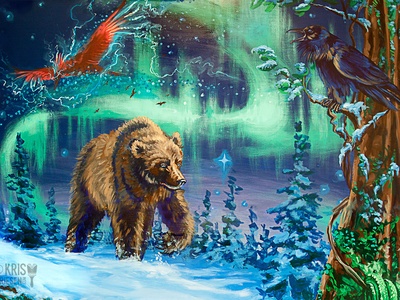 A frequent character in First Nations lore, a thunderbird flies over the top of the mural, while a grizzly bear and raven are painted below. The raven is giving the grizzly a hard time and calling him out for not providing dinner. 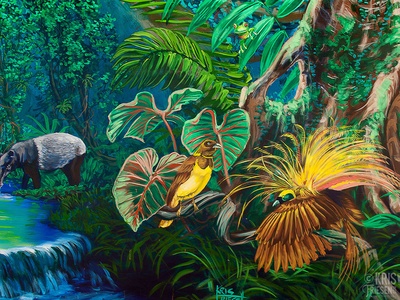 A tapir grazes nearby the edge of a pool in this school mural while a male bird of paradise tries to impress the female with his big deal display. Except I painted her as not looking at him. 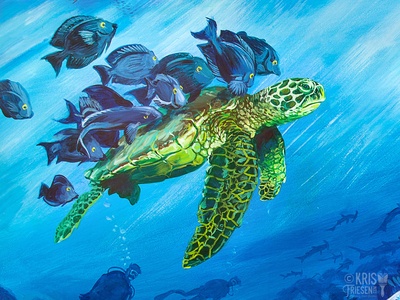 I painted this happy turtle who is getting his shell cleaned at a surgeon fish drive through in Hawaii. 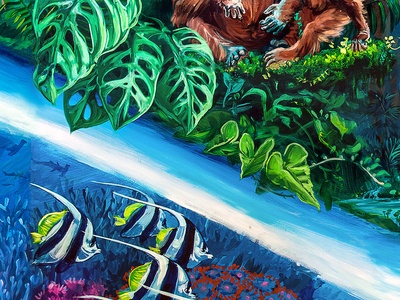 A mother and child oragutans share affection in a lush green jungle above a coral reef. Below them Heniochus black and yellow butterfly fish swim with racoon butterflyfish in this section of the painted mural. 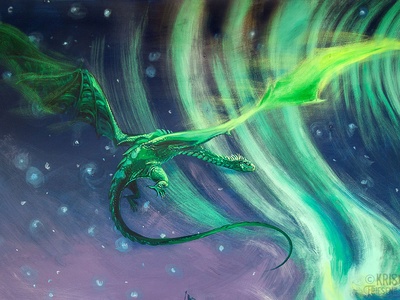 I got to paint a dragon! I used the marine iguana as reference for the head, they're such fascinating creatures. Apparently they were also used as inspiration for Godzilla. 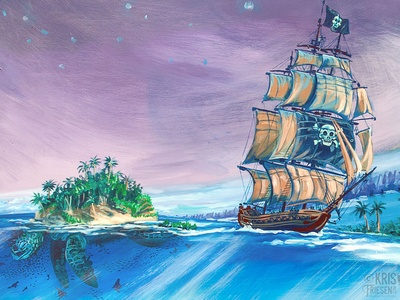 Have you ever wondered what's underneath a solitary little island? It could be a sleeping zaratan, a gigantic sea turtle in folk lore! Of course pirates have long known about them, hence the pirate ship near by. These are the types of subjects that can make painting a mural for youth so exciting! 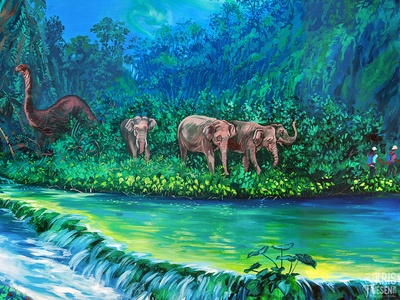 Elephants oversee hikers passing their section of a jungle, shared with a dinosaur! One of the aims in painting this school mural was to inspire students' imaginations by mixing real life with fantasy. 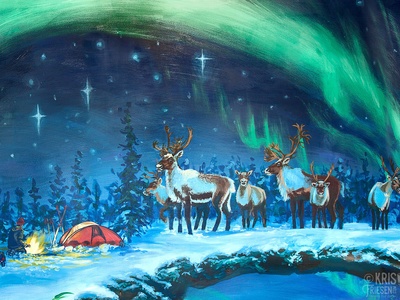 Showing humans interacting with nature was an important part of this mural for Aurora Charter School, as I want to encourage students to get out there and experience the wilds. I would not recommend having your tent that close to a fire though, that was just a visual fiction to save space for the caribou nearby.