Hope Round Dance Mural In Progresss 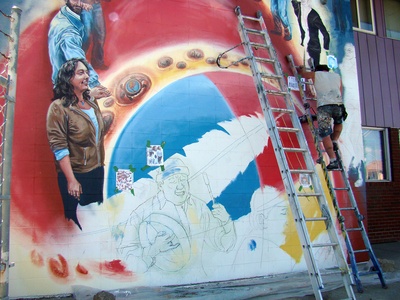 The Hope Hunter mural was painted on 95 Street and 107 Avenue in Edmonton. Using ladders, I started from the top and finished at the bottom, to avoid spilling paint on completed work. 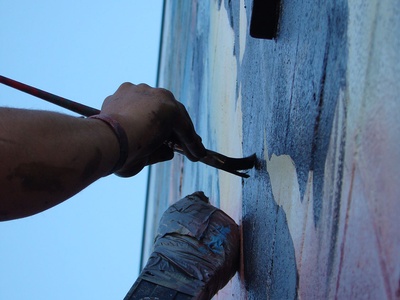 Here's a photo I couldn't take on my own; looking up and past my own brush stroke on this 27 foot tall mural. 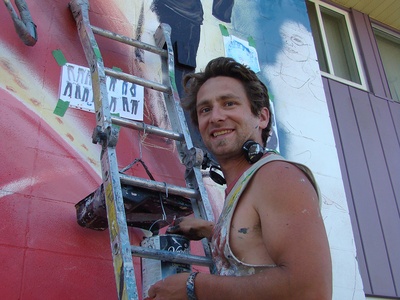 A friend and her camera coaxed a pause and a smile from me while painting the Hope mural. 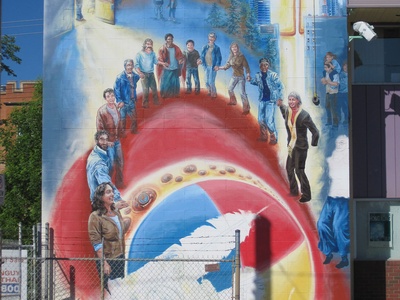 The Hope mural nears completion. The figures provided a sound challenge, in deciding how to arrange them standing in a circle where the foreground figures are larger than those in the background. 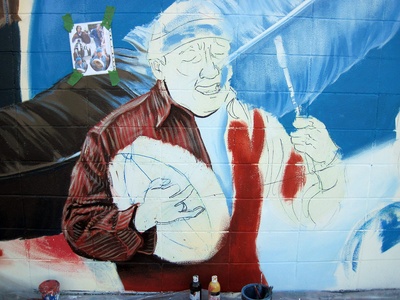 It was an honour to paint a portrait of Eric Bearhead, known affectionately as Grandpa Bear, shown singing and beating his drum during a round dance in this mural. 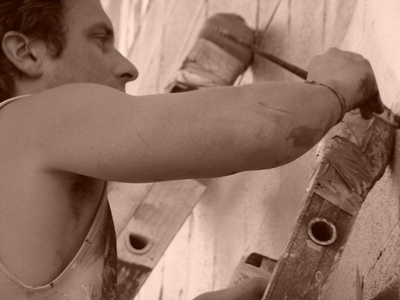 A closeup shot from a photographer friend caught me on a ladder painting the Hope mural. 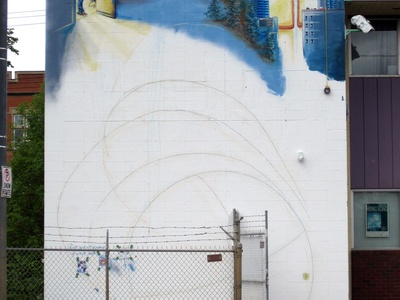 The Hope Hunter mural progressed with a curved cityscape of Edmonton in the background, mixed with a sun and moon inspired by Jackson Beardy. 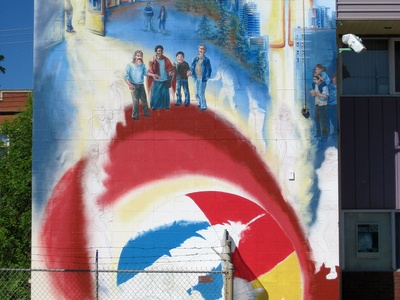 The Hope Hunter mural starts to take shape, beginning with an impossibly curved cityscape of Edmonton. It was a challenge to paint figures in perspective in a vertical circle, where all their faces can be seen clearly. 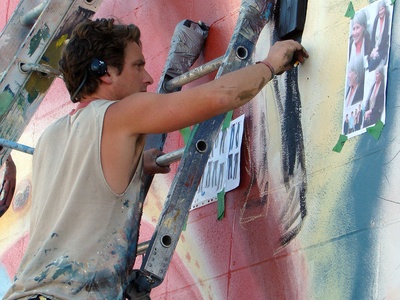 For murals I use chalk to sketch over the acrylic paint, which has a tough polymer surface that few mediums can be seen on. 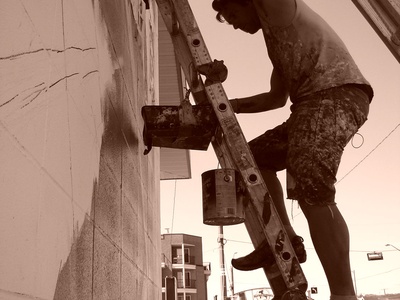 The entire Hope Hunter mural was painted using only ladders, which is not an approach I'd advise. Challenges are great for learning other approaches. 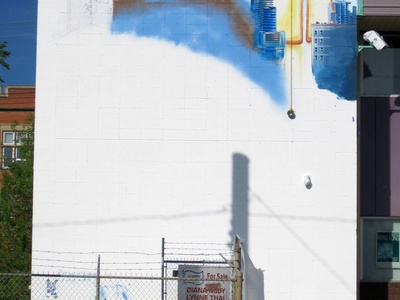 Edmonton's skyline starts to take shape, painted almost 30 feet off the ground in the early progress of the Hope Hunter mural.