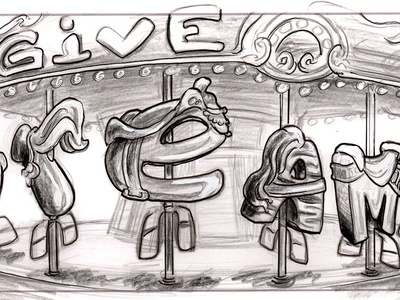 This comp sketch has the letters spelling “dream” riding a carousel at a theme park, literally spelling a child's hopeful fantasy that donors could give towards. 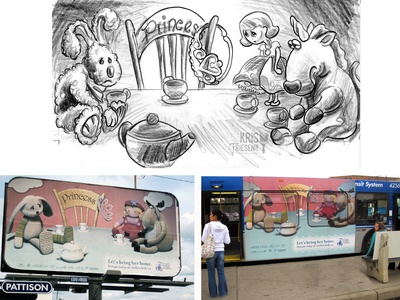 A black and white comp illustration where stuffed animals and a doll are having a sad tea party, because the missing princess is in the hospital. Below the final advertisement is seen on billboards and a bus in Edmonton. 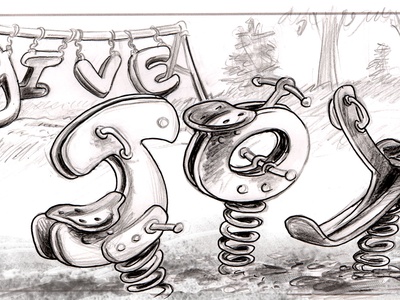 A playground where a swing set is made up of letters spelling “give” and spring toy riders spell “joy” was illustrated in this black and white comp for a Children's Hospital in Edmonton. 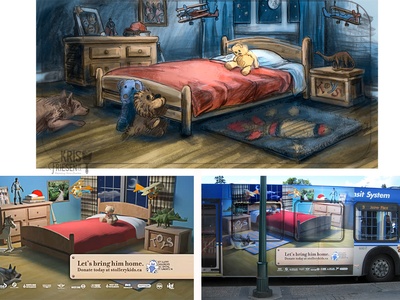 A digitally coloured comp sketch for the Stollery Children's Hospital with the finished advertisement shown, even on an Edmonton Bus! This illustration shows a boy's empty bedroom waiting for us to “bring him home.” 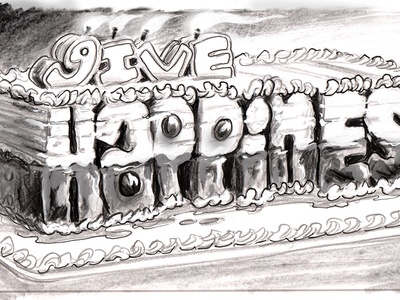 A child's birthday cake is sketched with burning candles that say “give,” while the double layer cake consists of letters spelling “happiness” in this grey shaded comp sketch for ZGM Marketing. 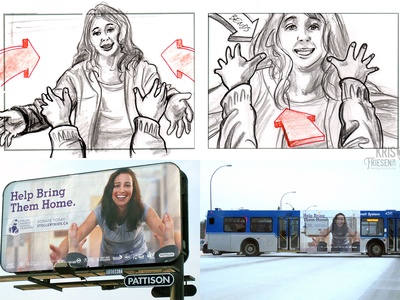 These black and white comp illustrations are actually story boards that were used in an overlapping TV commercial for the Stollery Children's Hospital in Edmonton. Below the final result from the sketches are advertised on a billboard and a city bus.