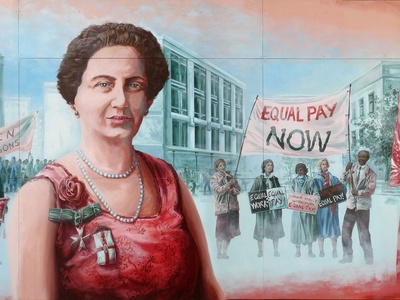 The Famous 5 mural in full. 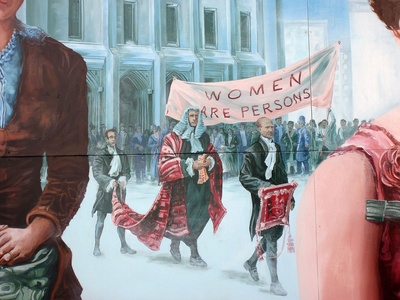 The Famous 5 painted victorious! The Persons Case ruled that women are indeed persons and can sit in the senate. Lord Sankey is shown delivering the verdict in the streets of London, on October 18 1929. 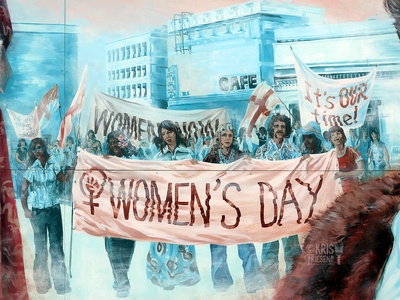 The mural shows International Women's Day, backed by the United Nations in 1975, to suggest each generation make a gender inclusive world. The teal tinted background contrasts the red with the foreground figures, suggesting different times and spaces. 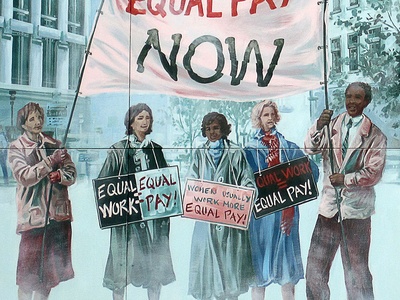 I painted figures who are Black, Indigenous and Persons of Colour throughout the mural directly in spite of the Famous 5 having racist views. It was not my intention to present the famous 5 having BIPOC support, but to show BIPOC moving past them, like this protest for equal pay. 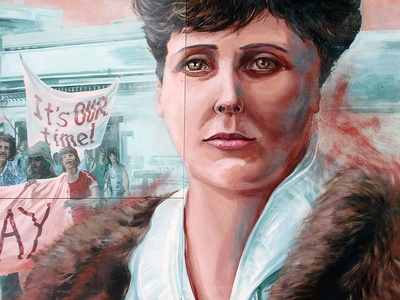 Artwork of Irene Parlby, an active politician, activist and women's farm leader. A suffragist, Parlby was Canada's representative in 1930 at the League of Nations in Geneva, and the fist woman awarded a honorary doctorate from the University of Alberta in 1935. 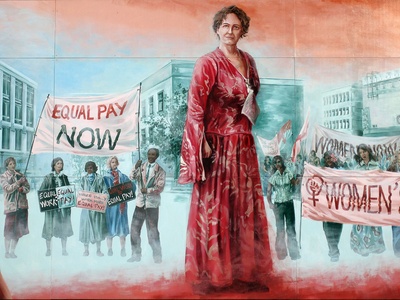 A painting of Nellie Mclung, who was active in several causes for women's rights, including the right for woman to vote (or women's suffrage). She was also active in politics, and in 1914 she created a satirical play about men having the vote, aiding public consciousness at the time. 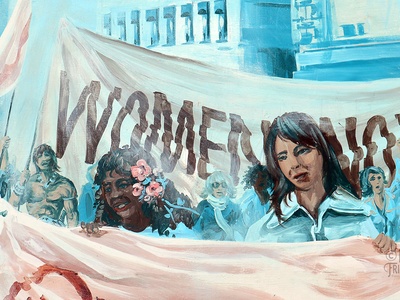 Conan the Barbarian participates with pride, holding a banner in this protest march for women's rights, in the mural background. While little known as feminist, when I paint Conan hiding in my murals, he takes on all kinds of virtues.