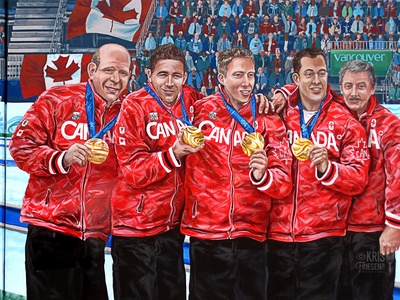 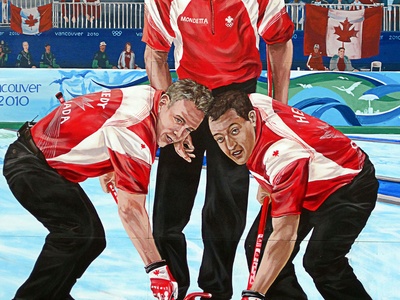 Kevin Martin, Marc Kennedy, and Ben Herbert are painted in Olympic action with a winning rock thrown. The position and expression of Martin emphasize his experience and expertise in the game, as he coaches his teammates forward. 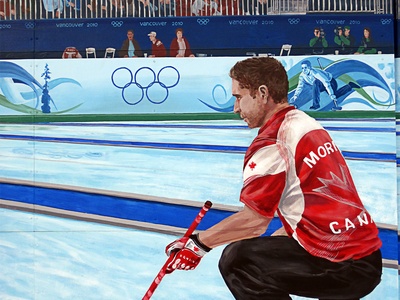 John Morris plays third in Team Martin as he lays down the broom in the “house.” The crowd in the background holds a collective silence in anticipation of a gold medal victory as this shot plays out. 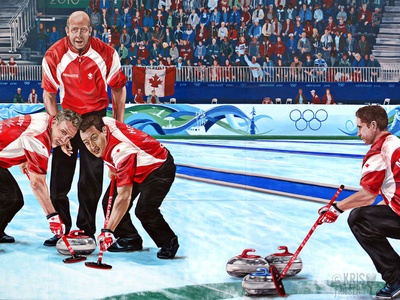 Team Kevin Martin is painted curling their way to a gold medal at the 2010 Winter Olympics in Vancouver in this sports mural. This is one of the few angles in curling where all four members of the team are visible together at once. 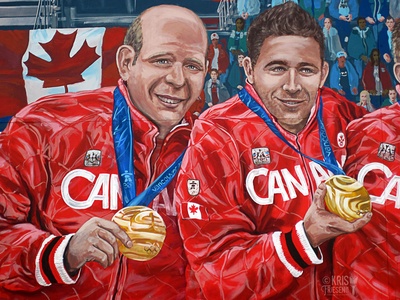 Kevin Martin and John Morris show off their Olympic gold medals in this sports artwork. 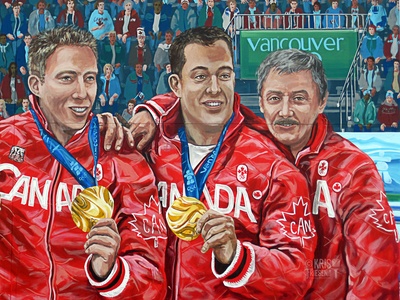