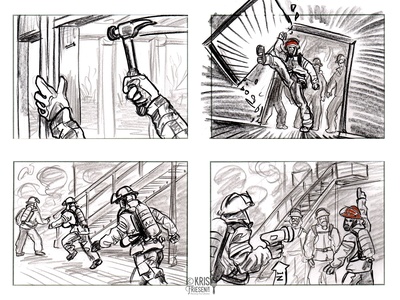 Just as nail is about to be hammered by our volunteer firefighter at his construction job, we jump to the same firefighter kicking a door in before his team of firefighters enters a burning industrial building. 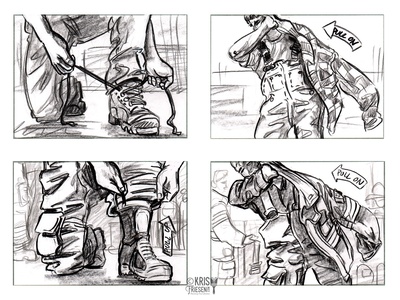 These storyboards for a fire fighting recruitment video show the double life of a volunteer near Edmonton Alberta, who puts on his work boots and firefighter boots; his work coat and his bunker jacket. 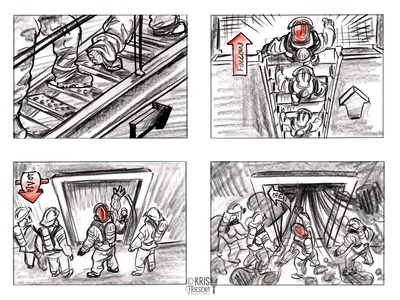 This storyboard sequence has firefighters under air in full bunker gear rushing upstairs to a door and opening it, when smoke billows out. 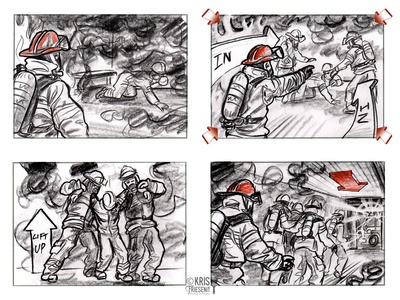 This sequence was unique to draw as a storyboard artist, where our firefighters enter a room filled with smoke, rescue a downed civilian worker, and evacuate to safety. 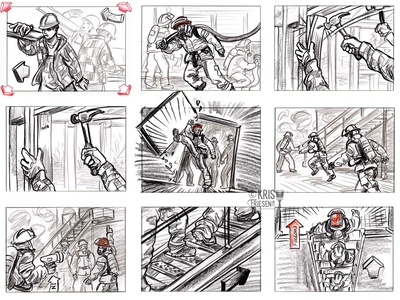 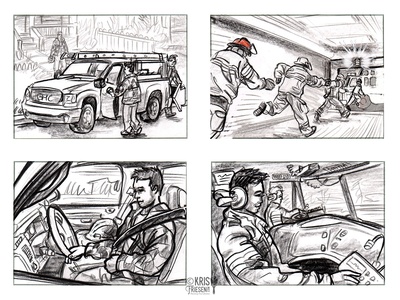 It was a welcome challenge as a storyboard artist to show the dual lives of a volunteer firefighter, from driving to work to driving to an emergency rescue scene. 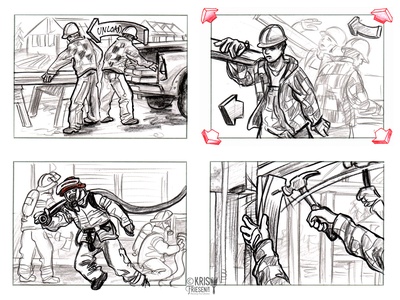 Our firefighter lifts lumber at his construction job, then we cut to him pulling a fire hose in a similar position. As the storyboard artist I find it useful to draw multiple figures in a scene like an animation sequence, with the prominent figure outlined darker. 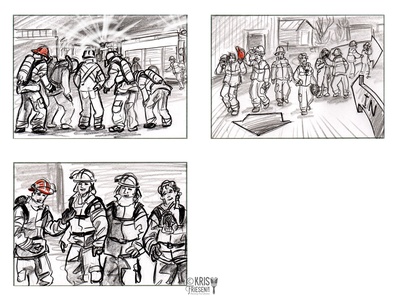 Having evacuated the rescued civilian to paramedics, these storyboards show our volunteer Alberta firefighters taking a well deserved break after a job well done.