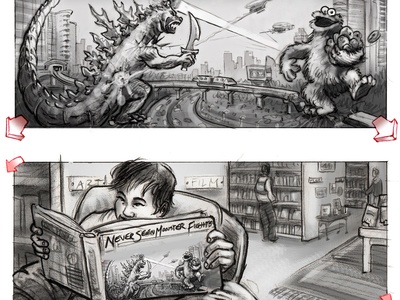 A digital grey shade version of a giant monster fight in the heart of a city. I chose this scene for a comparison because every storyboard artist should get to draw Godzilla fighting Cookie Monster. 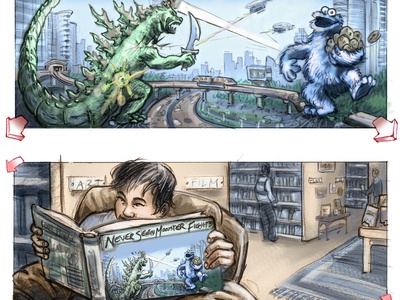 Godzilla battles Cookie Monster in a downtown metropolis for the start of this storyboard sequence, until we pan out and see a young man reading a monster book in a library. Utilizing digital colour with storyboards brings mood and feeling to a scene. 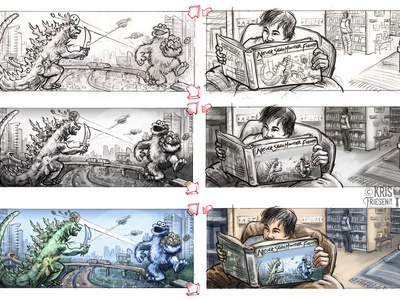 All storyboard versions of this monster fight are seen; line art, digital grey shade painting, and digital color painting. Is this the first time giant cookies have been shown as a monstrous weapon? 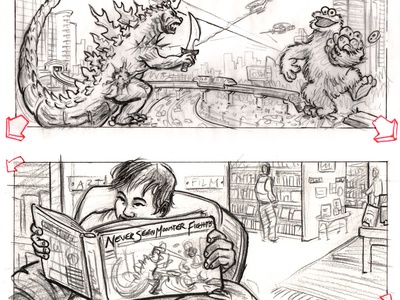 The sketch or line art version of Godzilla fighting a giant Cookie Monster downtown among skyscrapers. I liked the contrast between a giant urban monster fight, and the same scene in a quiet library.