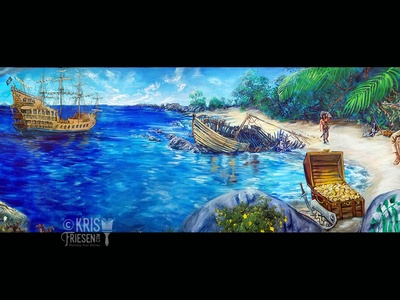 The second Parksville, BC mural depicts a tropical beach scene not unlike Pirates of the Caribbean. The artwork includes a cutlass in the foreground pointing towards a pirate ship anchored with a smoking volcano on the horizon, a beached pirate ship wreck with a skeleton and pirates on the beach, and a treasure chest with a dagger marking a treasure map. 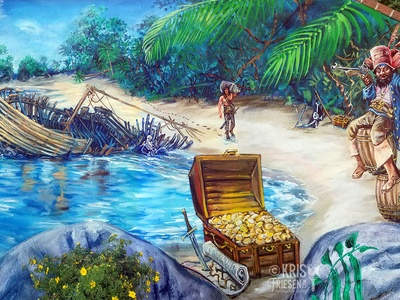 The right side of my BC pirate mural depicts a Caribbean beach scene and a washed up ship wreck with a skeleton resting inside. Jolly pirate scoundrels occupy the beach, wile in the foreground a treasure chest of gold is about to be buried, as a dagger pinning a map reveals the location. 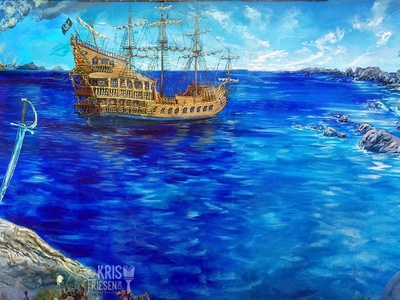 The left side of this BC pirate mural shows a tropical ocean scene with a pirate ship anchored in a bay with cobalt coloured waters and a volcano in the background. A cutlass sword protrudes out of a tree trunk in the foreground, which is painted against real ivy and Bas relief boulders. 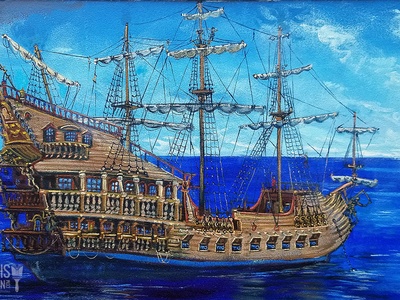 The pirate ship I painted in this BC mural is a Frigate Man-O-War, complete with a skeleton figurehead. As I was painting I was flooded with childhood memories of pirate ships, and how I was always wondering if they secretly sailed in Vancouver Island waters. 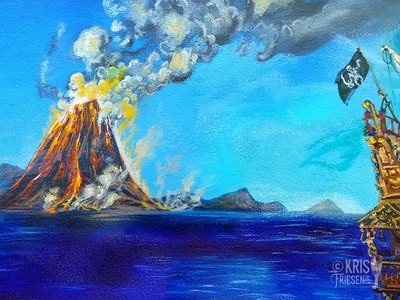 An active volcano lies smouldering on the horizon as an island in the background of this mural. While BC has 4 potentially active volcanic areas, none of them are on Vancouver Island in Parksville, where the mural was painted. 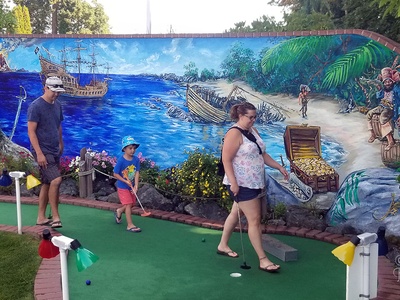 Tourists visiting Parksville on Vancouver Island, BC, are brave enough to play mini golf in front of the mural infested with rowdy pirates. 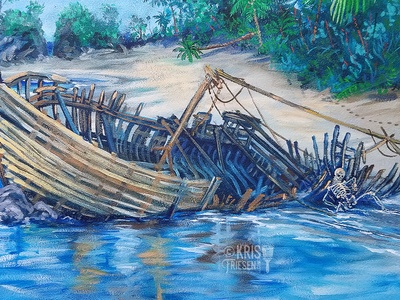 This was the first shipwreck that I've painted, so I painted it as a beached skeleton of a boat. A pirate skeleton is resting against it, forever considering poor sailing decisions. 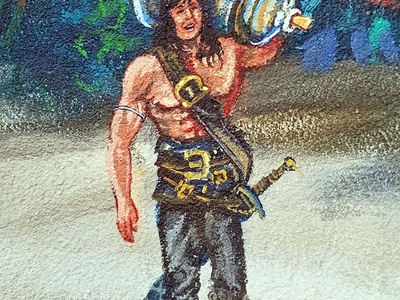 Conan the Barbarian, normally hidden in my murals, struts down the centre of the beach wearing pirate boots, belts and a baldric. Never outdone, the smiling Cimmerian brings a barrel of rum into the mural, where the other pirate has a jug. 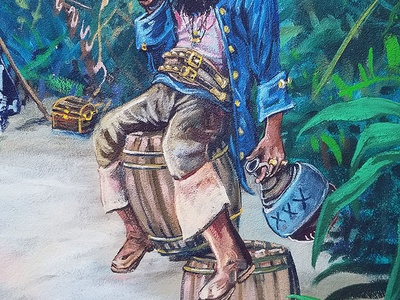 It was certainly to much rum that led to the poor but entertaining decision making of the pirate painted in the mural foreground, as he aims his flint lock in one hand and holds a jog of rum, while balancing precariously on kegs of gunpowder. 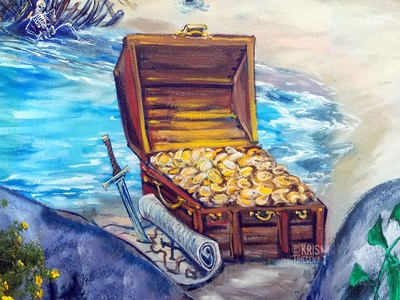 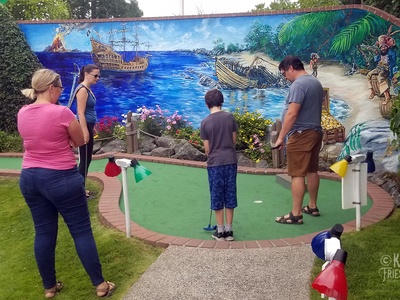 Visitors to Vancouver Island play mini golf centre stage to a mural with pirates overlooking. Part of the mini golf course even seems like a plank, leading to the left...