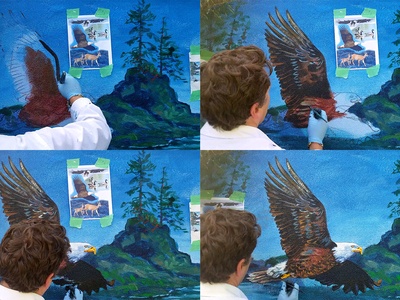 A time lapse caught me painting a bald eagle, flying into the right side of the ocean mural. The healthy population of bald eagles is a human success story, as 40 years ago DDT (on animals the eagles ate) endangered these birds by causing the walls of their eggs to be to thin. DDT has since been banned. 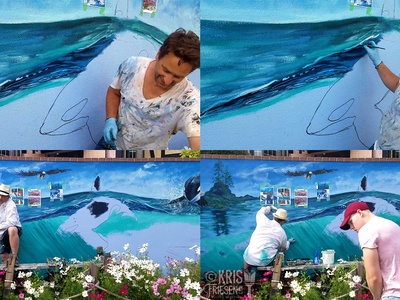 Visitors to Parksville, BC, saw me paint the waters above and below the ocean surface. The ocean waters in BC are typically green from plankton. 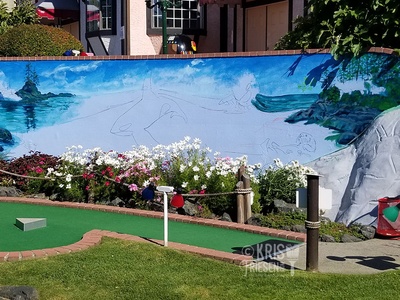 The sky and background landscape have been painted in bright blues and greens in this BC coastal mural. This landscape was based on my favourite place in BC so far, Botany Bay, which has amazing underwater wildlife. 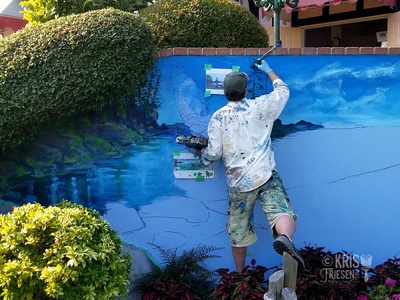 Painting in a garden was a fun challenge, as you can see my balancing on a rock and a fence post added to the artistic creativity of this BC ocean wildlife mural! 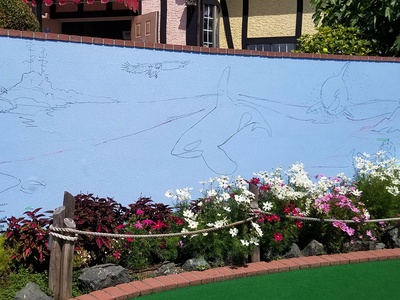 This Vancouver Island BC seascape started with a stucco wall primed blue, and an outline in markers to lay out the composition of the mural. After the sketch, this outline step is the most important, as it determines the layout of the entire mural. 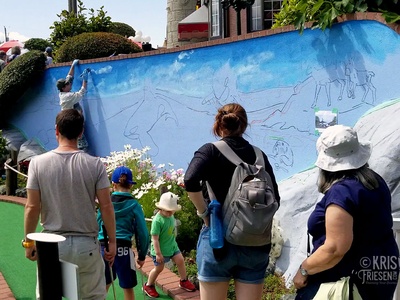 This picture has me briefly painting clouds in the mural for a group of tourists visiting Parksville, BC. As a Vancouver Island mural artist, painting artworks in a busy public space is a very rewarding experience. 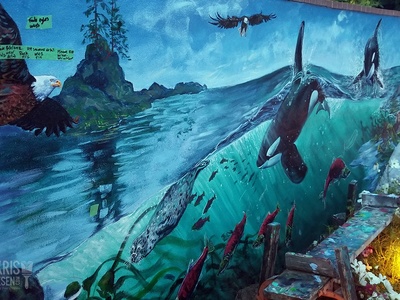 The nearly finished mural is warmly lit at the end of a day of painting by a garden light in a flower bed. I often have a painting “to do” list for each mural, this one being on masking tape at the top left. 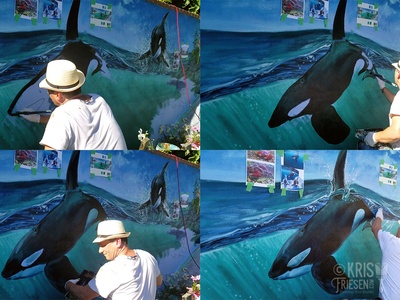 I painted this orca swimming forward and about to dive, with it's dorsal out of the water and the rest of the whale underwater. Most of us might fear a fin above water as associated with a shark attack, however there has only ever been one recorded bite in the wild from an orca. 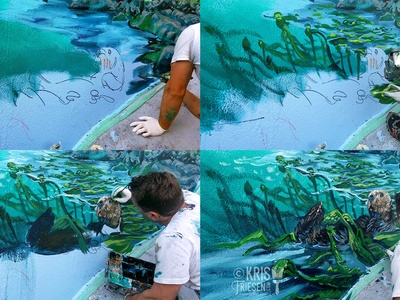 A sea otter was painted in the bottom right of this BC ocean mural, blending a flat wall with a large sculpted rock for a 3D effect. While sea otters are not found in Parksville, where the mural is, they are found on the west side of Vancouver Island. 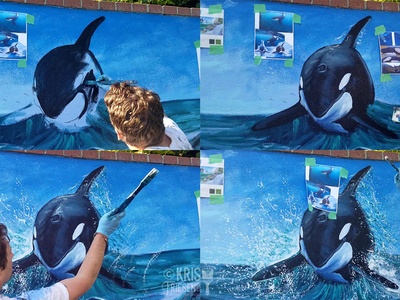 These screen captures from a time lapse video show the process painting a killer whale, jumping out of the ocean. To create the water spraying, I got to flick my share of paint at the wall.