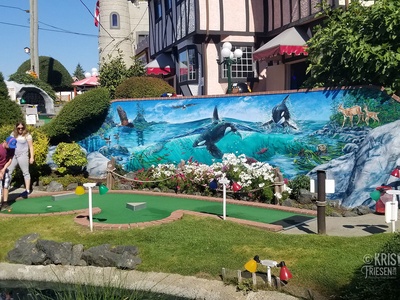 Patrons visiting Paradise Adventure Fun Park play mini golf, with a backdrop of this British Columbia ocean wildlife mural. The orcas and eagles in this landscape mural show some of the animals living near Parksville on Vancouver Island. 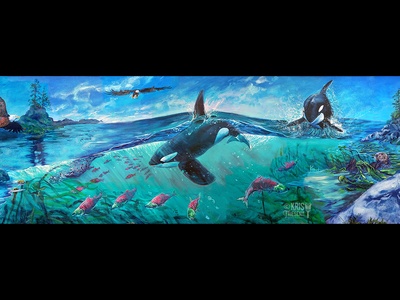 The mural “Paradise BC” is of a BC ocean ecosystem with wildlife on land and underwater. By painting a split screen artwork above and below water, a variety of animals can be seen, including killer whales, bald eagles, sitka deer, chinook salmon, Canadian geese, an otter and a seal. 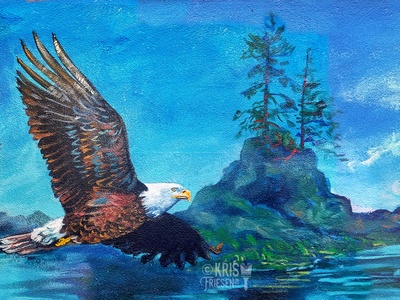 An adult bald eagle flies into this Vancouver Island mural, in front of a seascape taken from my photos of a trip to Botany Bay. As I painted this Parksville mural, I could hear eagles in their nest only a few hundred meters away. 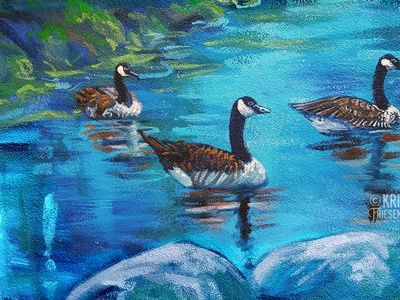 Canada geese, painted swimming in the ocean, enter the BC seascape mural. While so common they now take advantage of areas used by humans, at the start of the 20th century Canada geese were at risk. 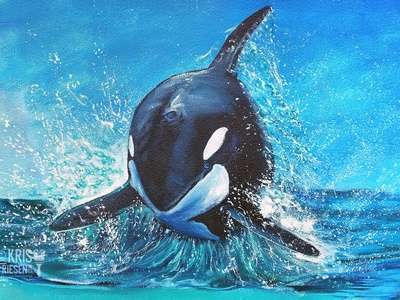 I painted an orca, or killer whale, charging at the viewer head first as it erupts out of the water in a giant splash. Vanvouver Island killer whales can sometimes be seen from Parksville, where this mural was painted. 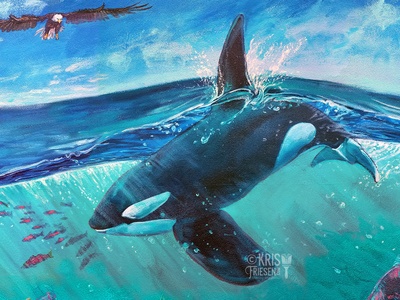 An orca dives underwater into a green emerald sea, hunting bright red chinook salmon, in this BC ocean wildlife mural. While a bald eagle looks down on the painting, real bald eagles live a stone's throw from this Parksville, Vancouver Island mural. 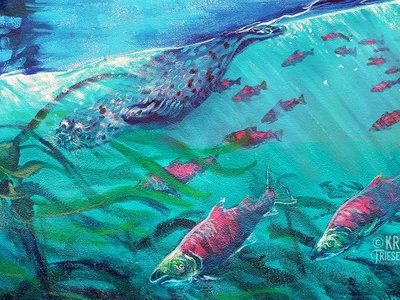 Chinook salmon and a harbour seal swim away from oncoming killer whales in this Vancouver Island ocean mural. 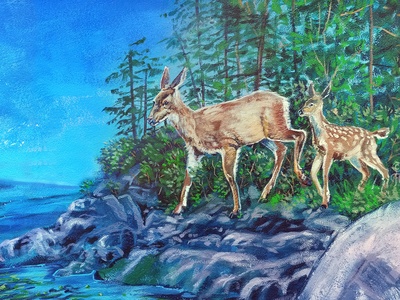 A Columbian black-tailed deer doe and fawn emerge from salal bushes at the edge of the mural. Vancouver Island deer are typically smaller than elsewhere, and often live in residential areas. 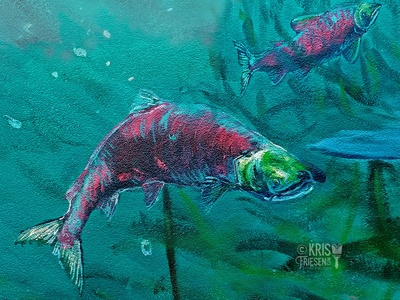 A Chinook salmon swims into the mural foreground, making eye contact with the viewer. The largest of Pacific salmon, protection has recently been offered for Chinook stocks in BC around Vancouver Island. 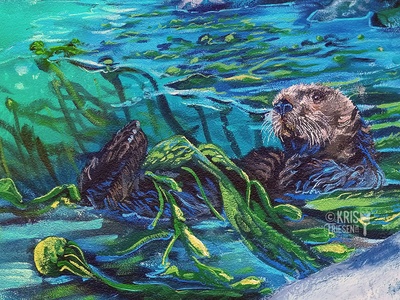 I painted a sea otter surveying the ocean mural from her corner of the artwork, floating in bull kelp to keep from drifting in currents, something I often do when snorkelling. Sea otters are a keystone species for protecting kelp forests, as they eat urchins and invertebrates that eat kelp. 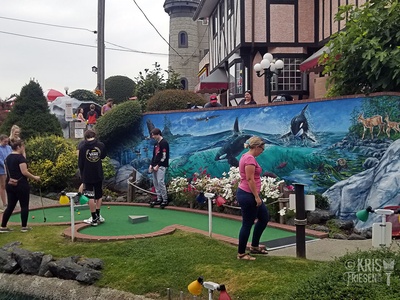 Tourists play a game of mini golf with my BC ocean wildlife mural as a backdrop, complete with sculpted 3D rocks that blend into the painting. Parksville is one of the busiest destinations on Vancouver Island in the summer, so it was a great place to paint a landscape.