Our Natural Home was a mural project created with the Giants of Edmonton Mural Program that depicts the North Saskatchewan River running through Edmonton. The Giants program was a partnership with Capital City Clean Up and 630 CHED Radio where the public voted on which local heroes and examples would be celebrated in a mural. With this mural Edmonton's beautiful river valley was chosen as a subject.

The largest urban parkland in Canada, Edmonton's river valley is made up of over 20 parks, 22 ravines and 11 lakes. As an oasis of nature in the middle of a city, a variety of wildlife call this ribbon of green home and are showcased in the mural. 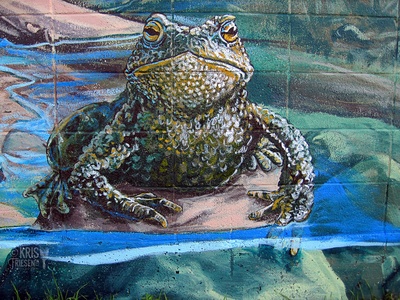 Our Natural Home: Mural In Progress 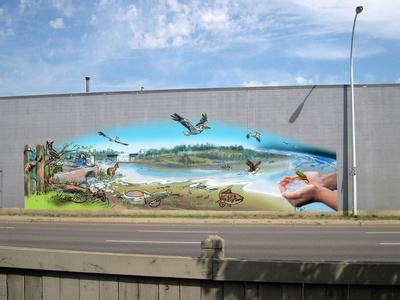