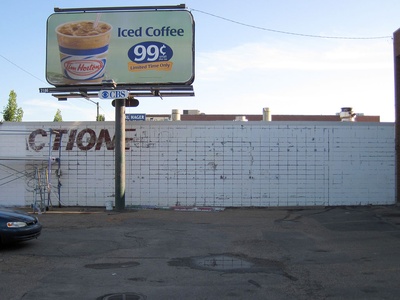 After days of pressure washing and repairing concrete cinder blocks, the wall of the future Greek streetscape mural was finally ready for a primer coat! 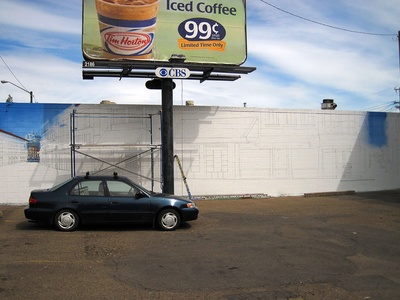 Against a bright white primer coat background black marker lines reveal the entire layout of the mural, which has a variety of buildings curving into a Greek streetscape in Athens. Blues show off the bright colour of the sky and part of the distant background has been painted. 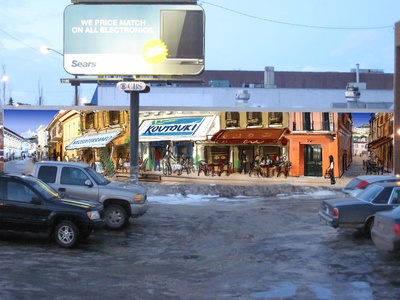 Bright colour has been added to the final Koutouki mural sketch, shown in a photo composite on location. I typically provide photo comps of sketches because it can be hard to imagine what a sketch would look like on location as a large mural. 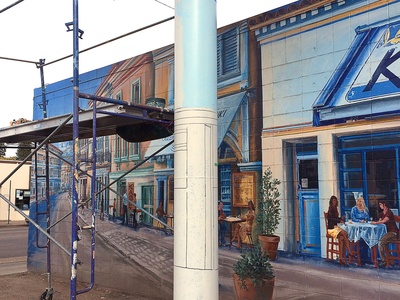 As you can see there is a large billboard pole in front of this mural, blocking a clear view of the artwork. This never sat well with my client at the 124 Street BRZ, who came up with a very creative solution: paint the sign pole as part of the mural! 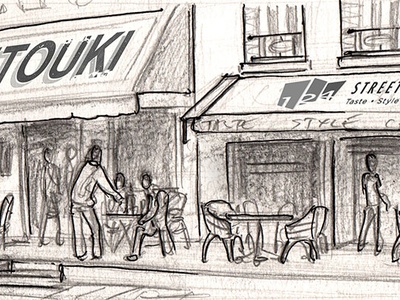 The original rough sketch for the Koutouki streetscape mural didn't have the alley on the far right, but was one continuous street. 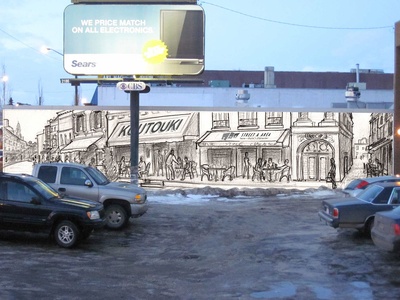 A photo composite of the mural wall and the sketch, now revised, showing an alley for extra depth and 3D perception on the right side.

Painting one neoclassical building at a time, the mural starts to take shape and display a 3D effect. 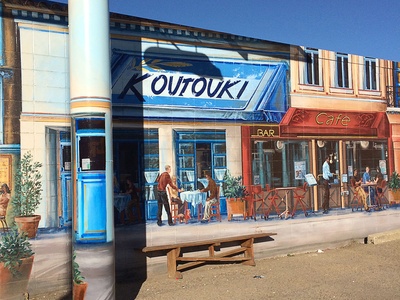 Adding a pole that's a few feet away from a mural into the mural was a unique painting experience. It added a hallucination element to the depth of the artwork.