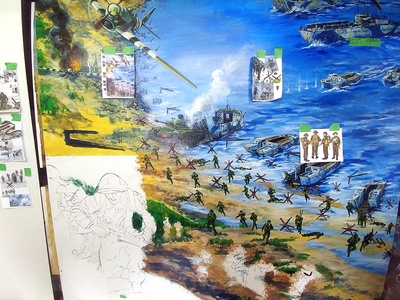 Canadian troops race from landing craft to the Juno Beach sea wall on D-Day in WW2 in the background of this mural in progress, while the foreground has yet to be painted in my Vancouver Island studio. 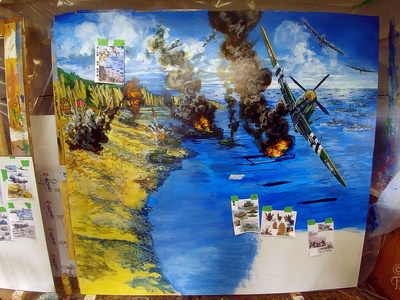 The top section of this World War II mural comes to completion in my art studio near Duncan on Vancouver Island, BC. Some of the reference I used can be seen, which is especially important for a correct likeness in military artwork. 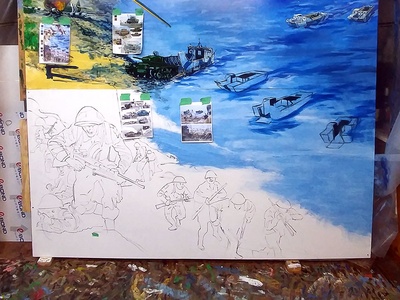 Soldiers are sketched into action landing on Juno Beach as the World War 2 mural starts to reveal itself in progress. Vertical murals full of people, vehicles and activity are a good challenge for an artist to pull a scene together. 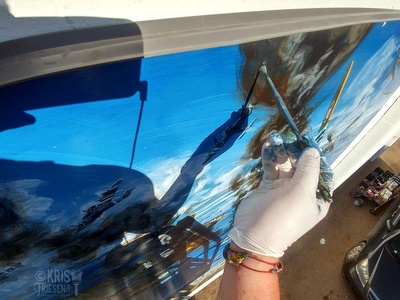 Painting the finishing touches on the World War II Canadian military mural from twenty feet in the air. The Whitecourt, AB Legion commissioned this mural as one of seven paintings commemorating the history of Canada's military, which were painted in my Vancouver Island studio. 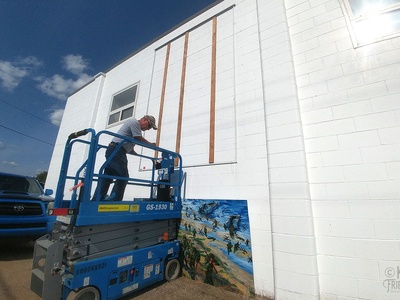 Brian Scott is about to install the mural panel by panel on it's permanent home on the west wall of the Whitecourt Legion. I use treated lumber and metal channel as furring strips, so that the dibond composite mural panels are separated from the wall. 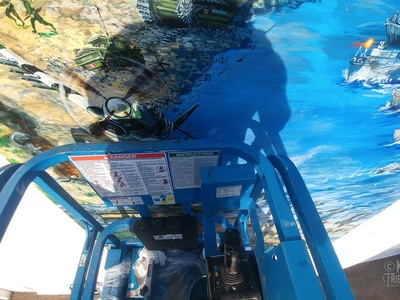 A scissor lift makes installing mural panels much easier and safer, as this view shows. I've learned to use big pan head screws to keep the panels secure, and I keep the paint used to touch up the screw heads.