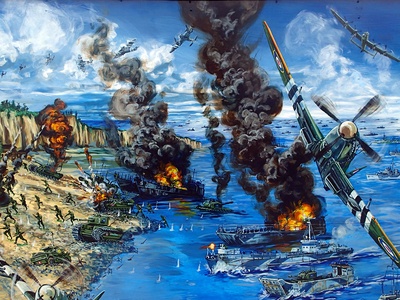 This World War II landscape mural of Canada's military in the Dieppe Raid shows the Canadian Navy receding into the vast ocean background in the Battle of the Atlantic. An RCAF Spitfire fighter plane flies into the foreground on the right, while infantry, landing craft, tanks and vehicles receive heavy fire on the beach front. 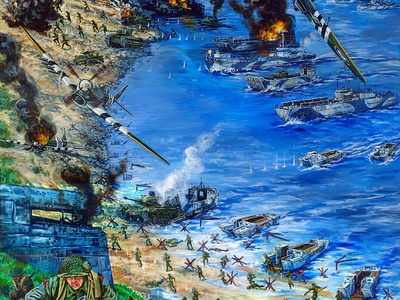 Dieppe Defeat: Juno Victory was the most in depth Canadian military mural I have painted so far. The World War 2 Canadian assaults are shown by land, air and sea. 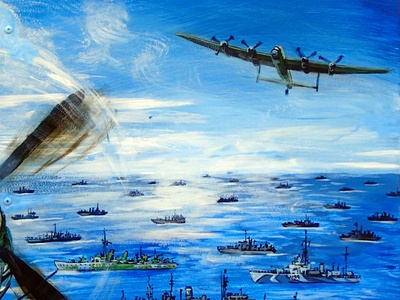 The top right corner of this WW2 mural depicts part of the Battle of the Atlantic, which cost more than 4600 Canadian seamen, merchant mariners, and airmen. 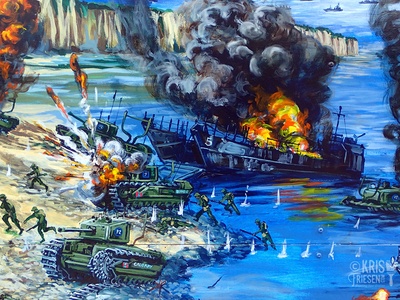 The Allied raid on the French town of Dieppe was a disaster, as over 900 Canadian soldiers died. For this WW 2 mural I painted the 14th Canadian Army Tank Regiment and landing craft bombarded by German fire, while tank manoeuvring was difficult on the shingle pebble beach. 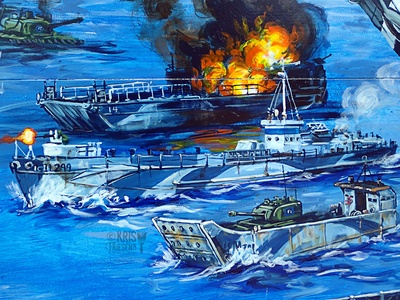 Where I painted a Canadian landing craft destroyed from the Dieppe Raid, an LCI (Landing Craft Infantry) and LCT (Landing Craft Tank) race for the shores of Juno Beach. 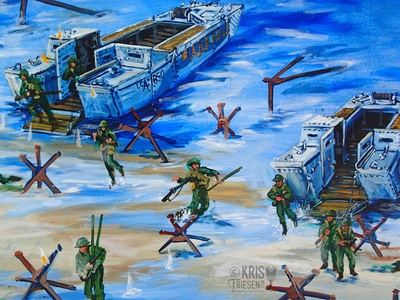 The 3rd Canadian Infantry Division charge out of landing craft onto German occupied Normandy at Juno beach. While the Juno D-Day invasion was a success, I wanted this artwork to show the human cost with casualties depicted. 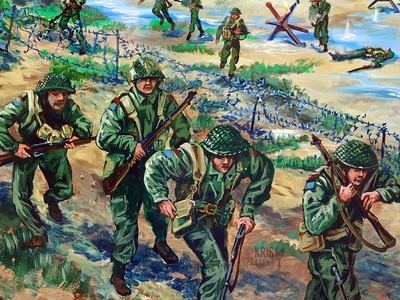 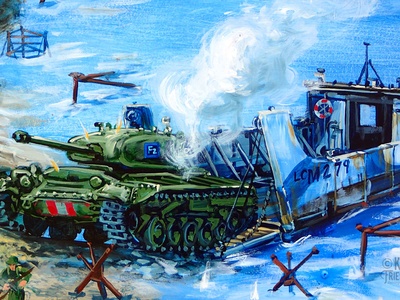 A Valentine tank and crew drive out of a landing craft onto Juno Beach while receiving fire, representing Canada on the D-Day invasion. The mural shows obstruction beams, Czech hedgehogs and other beach defences the Germans used. 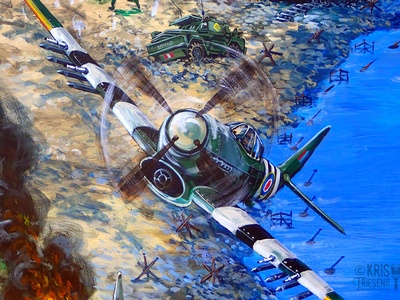 An RCAF Hawker Typhoon fighter – bomber with D-Day invasion stripes is painted flying past the smoke and wreckage of the Dieppe Raid. While Dieppe was a couple years before the Juno landing, this mural shows both happening in one scene or day. 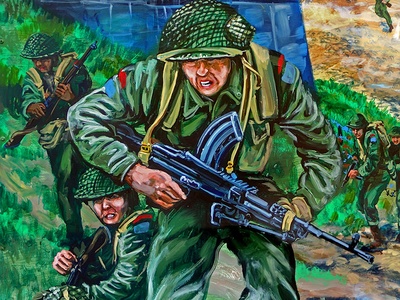 Juno Beach, or “the Day of Courage,” was a random code name for a 10 km stretch of French coastline under Hitler's “Atlantic Wall” that Canadians attacked on June 6, 1944. I painted these soldiers scrambling forward in the foreground of this WW2 mural, and was very thankful to only be the painter in hindsight. 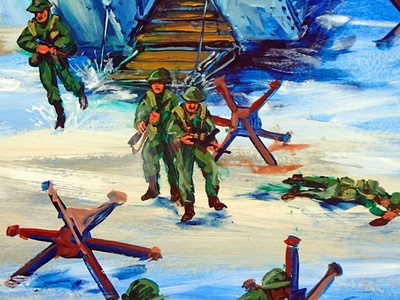 A Canadian LCA, or Landing Craft Assault, lands on Juno beach and all troops on board run for cover under German fire. Two African Canadian soldiers lead the charge, one of them carrying a Bren machine gun. 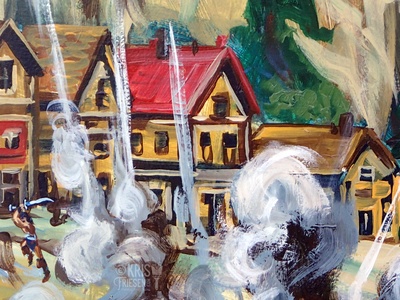