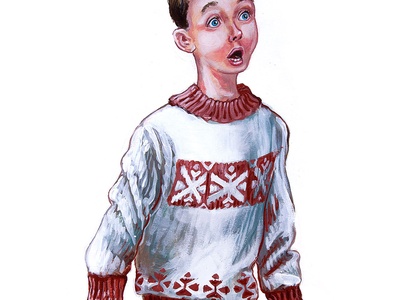 Painted in the style of Norman Rockwell, this acrylic illustration is of a child in a Christmas sweater who is astonished to find out that Santa is real. The bewildered boy was part of an airport vacation ad campaign. 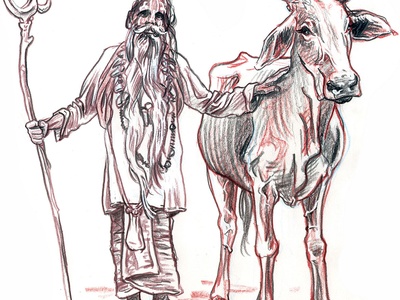 A sadhu, or hindu holy man, stands with his staff shaped like an ohm beside a red sindhi cow in this sketch done with pencil crayons. As a concept artist, I love drawing people and cultures new to me. 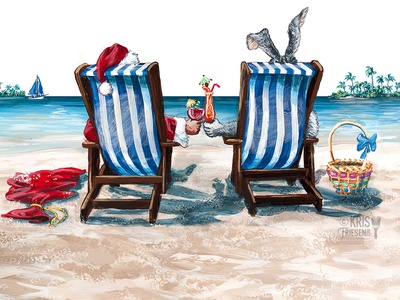 Santa and the Easter Bunny are on vacation relaxing in this painted illustration for an airport's holiday advertisement. We see the backs of the characters as they cheers cocktails on a tropical beach after working hard. 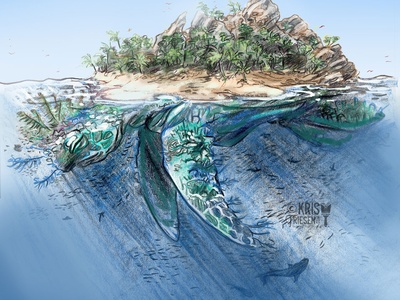 A serene tropical island basking in the sun reveals it's depths to show a sleeping zaratan, a giant turtle that is a small island. As a concept artist I enjoyed imagining what kind of life would grow underneath the zaratan. 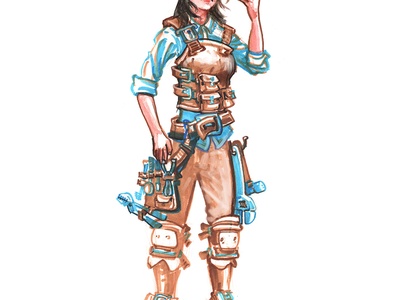 A character design of Prism, a mechanic in the steam punk story "the Water Wheel." She was drawn with markers, pencils and mixed media as she figures out how to fix a part with her mechanical aptitude and a variety of tools. 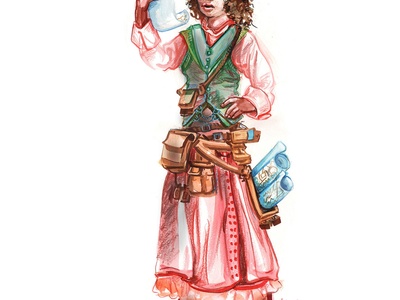 I was the concept artist for the character Eugenia, an adventurer and explorer in the steam punk story “Water Wheel.” This sketch was done with pencil crayons and markers. 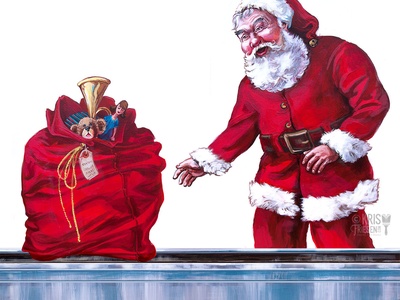 Santa joyfully collects his sack stuffed with children's toys at an airport baggage carousel. This Christmas illustration was painted with acrylics in the classic style of Norman Rockwell. 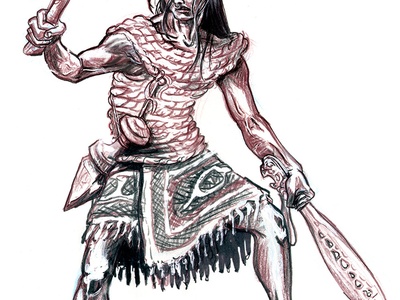 This conceptual art sketch depicts a Kwakiutl First Nations warrior from coastal British Columbia. He wears clothing and rope armour made from cedar bark and is equipped with a stone dagger, a wooden club, and an ornate axe. 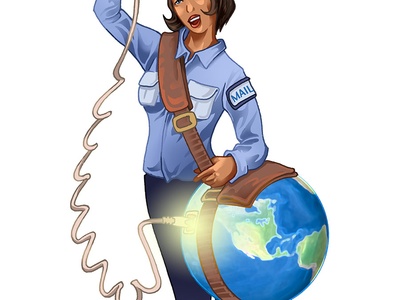 A digitally coloured illustration of a mail woman becomes the literal embodiment of email, as she delivers a letter that is plugged into the world wide web.