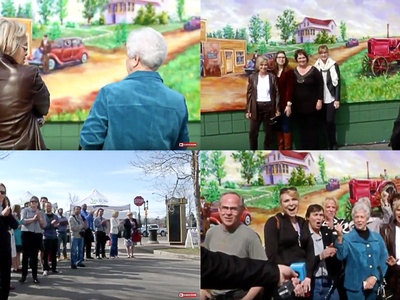 Guests at the mural unveiling help commemorate Beverly turning 100. Some families attending were directly related to the family businesses shown in the mural; the ladies in the top images beside Carter's garage are actually relatives to that family business. Images courtesy of Shaw TV Edmonton. 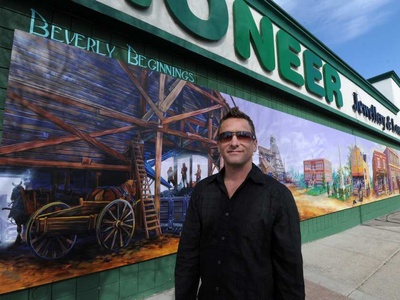 As the Canadian mural artist of a neighbourhood history project like Beverly Beginnings, it's really exciting to see the mural finally up on it's wall for the world to see! Image courtesy of the Edmonton Journal. 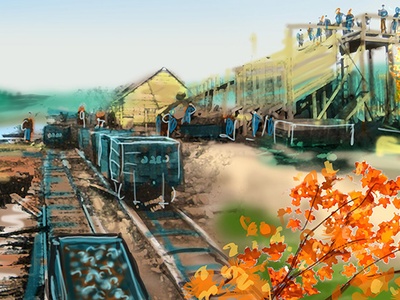 The original sketch proposed for the Beverly History mural was quite different from the final mural. This sketch has the construction of the Clover Bar Rail bridge, coal mining, and local businesses like a bakery selling bread via horse drawn carriage. All four seasons are shown in one scene. 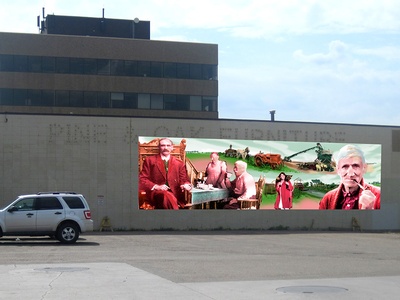 A photo composite of another sketch for the Beverly historical mural that wasn't used, at a different location in Edmonton that was also decided against. In it's planning stages, sometimes a mural can hop around a city and change drastically before finding a home and a composition. 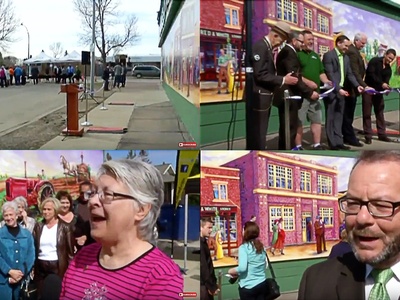 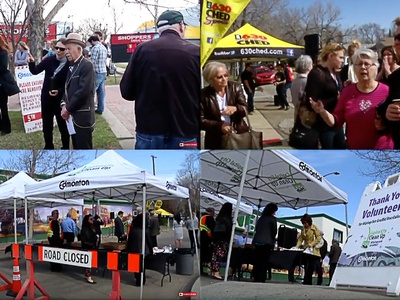 As a Giants of Edmonton mural partnered with 630 CHED, the Beverly mural unveiling was a fun pop up event complete with catering and broadcasting! It's always great to see a public crowd enjoying my artwork when it's been revealed after isolation in my studio. Images courtesy of Shaw TV Edmonton. 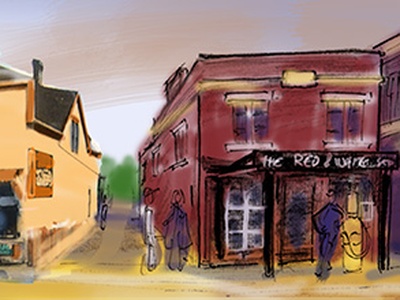 The finalized sketch for the Beverly mural brought together many aspects of the town's history. Rather than billing for a mural and a small painting, I keep sketches rough for my clients.