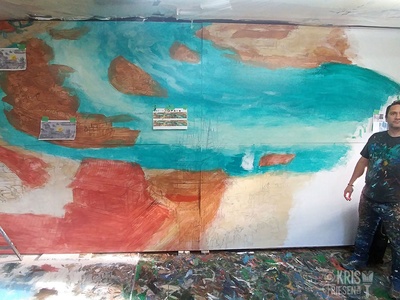 From my Vancouver Island painting studio in Youbou, BC, this mural depiction of ancient China was created on panels that would ultimately be installed in Edmonton's Chinatown. Red oxide and teal have been painted in as blocks of colour to start the mural. 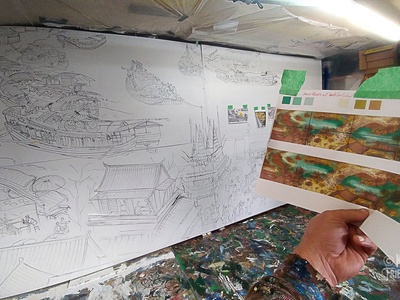 The start of Along the River During the Qingming Festival mural is outlined on panels. One of my favourite times is the start of a mural, when there's just a blank white canvas and the mural sketch. 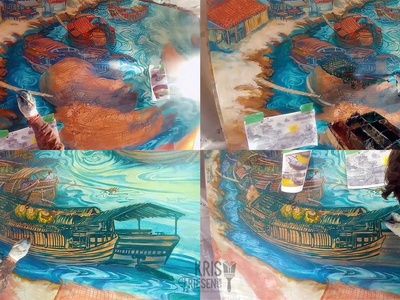 I painted moored ships on the left side of the mural in a colourful, bustling river scene. The ships use a windlass system with a Chinese invention: movable stern-post rudders that can be raised and lowered, allowing for agile transport through shallow canals into cities like this. 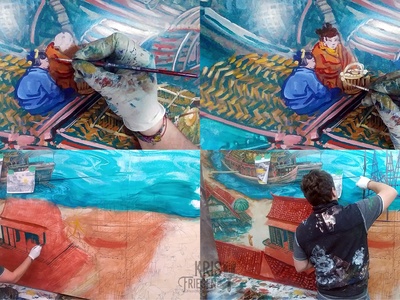 As an Edmonton mural artist I strive to create vibrant murals that hold a viewer's attention from a block away or a foot away. Here I'm painting some of the many buildings and small figures that can be found in this Chinatown mural if you look closely. 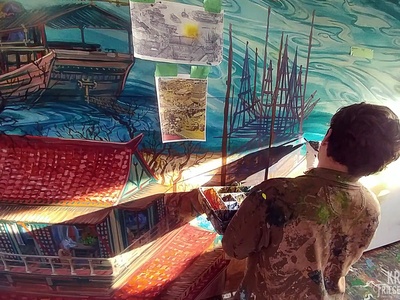 Sunlight poured into my Vancouver Island studio as I painted scaffolding around a building under construction into the Qingming Festival mural. This was fitting as the downtown Chinatown home of this Edmonton mural has new buildings all around it. 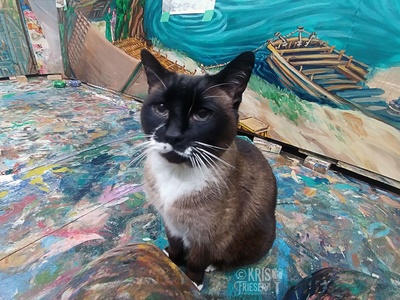 My head boss Elmo the Siamese cat stops by my Vancouver Island, BC, studio to inspect progress on the Qingming mural. 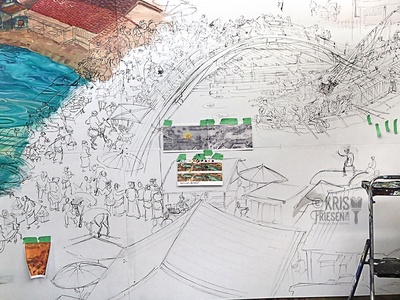 I sketched the Rainbow Bridge (虹橋Hong Qiao) scene has been onto the mural with a black marker, using the original scroll as reference. This was the most complicated crowd scene I have painted, and I thank Zhang Zeduan for the privilege of adapting his masterpiece.