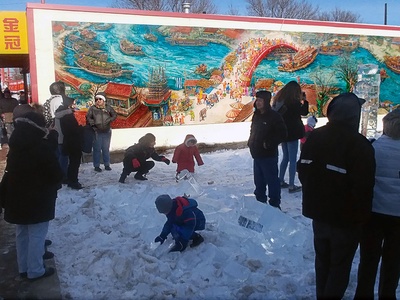 The Chinese New Year festivities in Edmonton's Chinatown welcomed the unveiling of my Chinese cultural mural. This crowd is taking pictures of the ice sculptures and the mural on a cold February day. 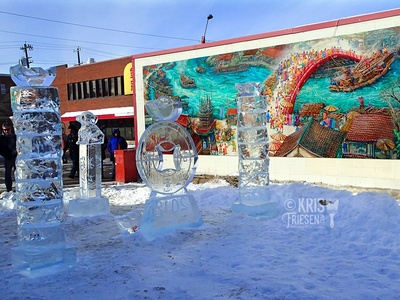 Original ice sculptures add to the mural and turn this Edmonton Chinatown space into an art garden! The middle sculpture reveals 2018 as the year of the dog. 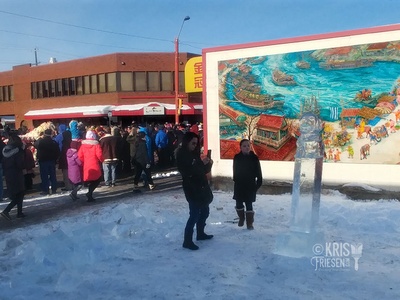 Chinese New Year celebration goers take photos of the ice sculptures in Edmonton's art garden, in the heart of Chinatown. It was a real honour to paint a mural celebrating an artistic pinnacle of Chinese culture. 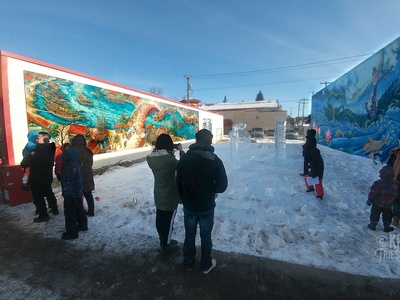 My new mural, “Along the River During the Qingming Festival,” was installed facing one of my previous Chinese cultural murals, “Ariose.” The photo shows this Edmonton space becoming an art garden during Chinese New Year, as the public interacts with the ice sculptures and murals. 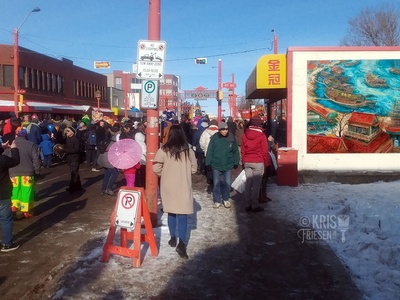 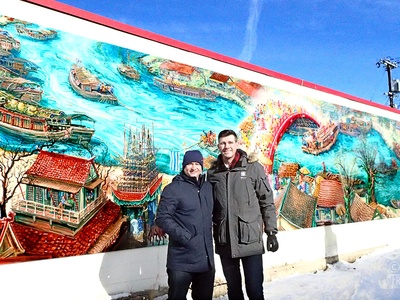 It was a pleasure to meet Don Iveson, the mayor of Edmonton. He kindly viewed the new Chinese mural, and paused for a photograph in front of it, during a busy day with the Chinese New Year parade and festivities. 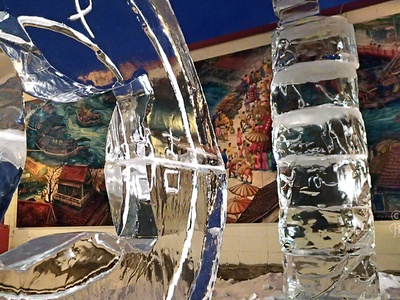