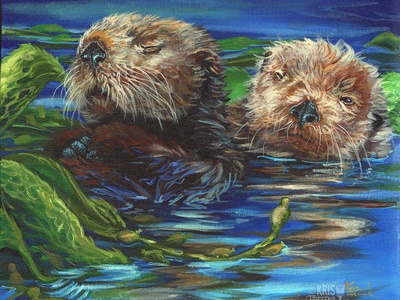 An acrylic painting of sea otters in clear blue waters napping while cuddled up in a bright green kelp blanket on a sunny day. If I could choose to be one animal it would be a sea otter, the most recent mammal to move into the ocean. 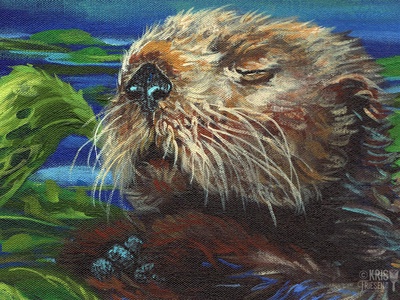 Covered in cozy warm brown fur, a sea otter dozes in cold Pacific waters. Rather than having blubber like seals and whales sea otters rely on their thick coats to keep them warm, which almost led to their extinction as prized animals in the fur trade. 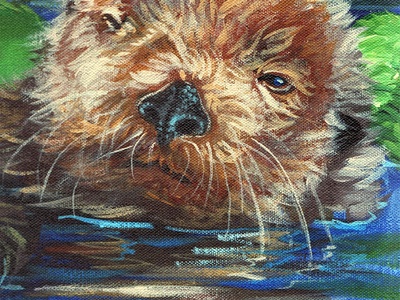 Winking at the viewer, a sea otter snuggles into a bed of kelp onVancouver Island. One of the only mammals to use tools, sea otters will often break open shells with rocks, while lying on their backs. 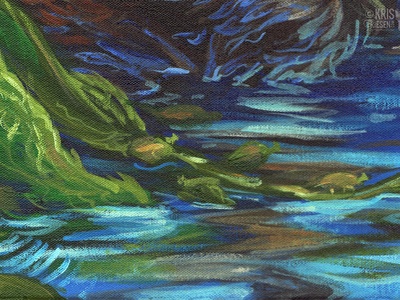 Sea otters are a Vancouver Island keystone species. Without the otters to keep sea urchin populations under control, kelp forests, one of the most productive ecosystems, would be gone. Before sea otters were reintroduced to western Vancouver Island and kelp beds made a come back, there were only beds of sea urchins. 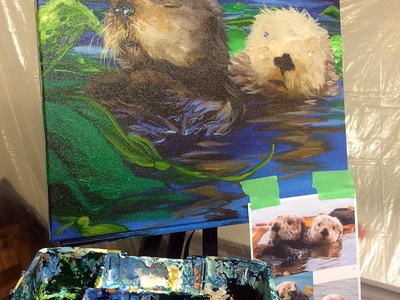 The sea otter painting as a work in progress.