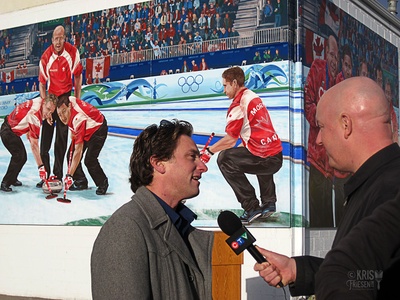 CTV covered the mural unveiling and interviewed me for the evening news. I was honoured to paint this mural of a legendary local curling team. 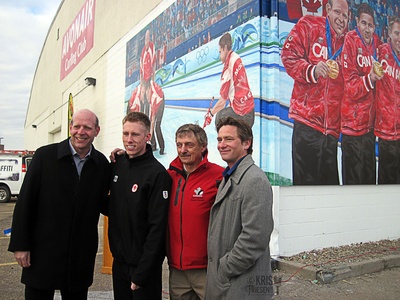 Curling legends Kevin Martin, Marc Kennedy, Jules Owchar and myself celebrate the unveiling of the new sports mural. These gentlemen were a pleasure to work with, being helpful and informative to an artist without a complex grasp of the game. 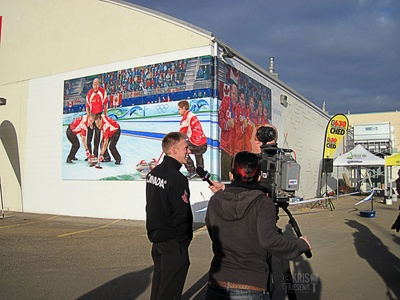 Curler Marc Kennedy happily gives a press interview at the unveiling event of a sports mural he is captured in. 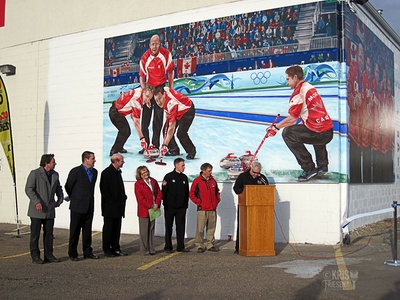 A speaker from CHED Radio rings in the official mural unveiling of “Team Martin” at the Avonair Curling Club, where Kevin Martin and his father first made ice. Kevin Martin, Marc Kennedy, Jules Owchar and myself stand nearby. 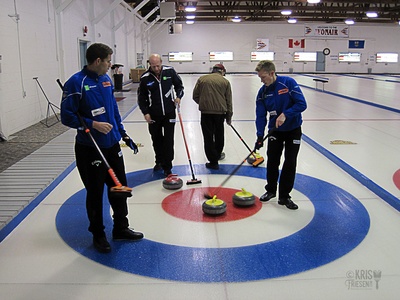 John Morris, Kevin Martin, Marc Kennedy and Jules Owchar were kind in letting me photograph them in action at the Avonair curling rink, for reference in the mural. 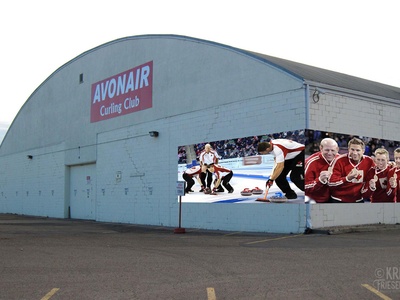 The digital photshopped sketch for this sports mural highlighted the visibility of the location of Avonair Curling Rink, which later became a daily visual highlight in Edmonton's LRT, or light rail transit route.